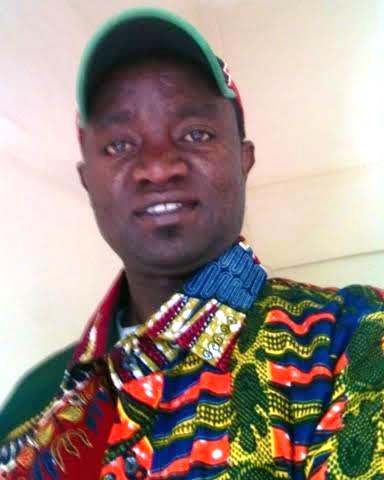 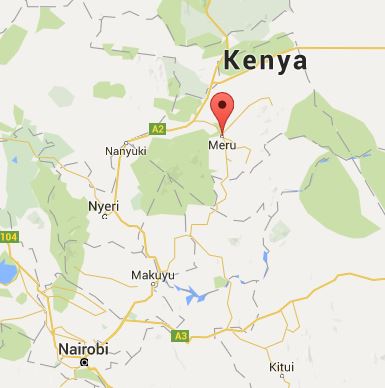 Geoffrey received a Bachelor’s Degree in Education from the University of Nairobi in 2005, and worked as a teacher and counselor in Africa until 2009, when he came to the U.S. to continue his education.  He studied at West Virginia University and was baptized into Christ at the Morgantown church of Christ in 2012.  Shortly thereafter, Geoffrey decided he wanted to be a preacher of the gospel, with the goal to eventually convert his home village of Meru, Kenya.  He enrolled in the Sunset International Bible Institute and graduated in 2015.

I Geoffrey,  a servant of The Lord, sends you greetings. My family and Machegene Church of Christ also greets you. We hope and pray that you are all doing well in the Lord despite these difficult times.

Year 2021 has been quite trying for my Ministry and the Church here in general.  Our Sunday service attendance has gone down from an average of 40 to an average of 25. My Ministry was almost  grounded by the restriction of movement imposed by government to prevent the spread of Covid 19. Sunday and any other Church meetings were cancelled and I was completely unable to visit any of the three Congregations I preach to.

I have survived this period by doing home visits. It's my way of door knocking. It worked well for me though  I could only meet one individual at a time. I would buy masks, gloves, and sanitizers to give those I would be sharing the Gospel with. Ninety percent of my Church members don't have cell phones. There is no way we could share or meet online. So this way of door knocking was the only way I kept the Church going. I was also able to give communion to the Church members I met at their homes on Sundays.

Through 2020 and 2021, we have managed to purchase a 1/8 acre of land and have built a Church building for Machegene Church of Christ. Through fund raisings, we have built the building using iron sheets for the walls and roofing. The local law though has not allowed us to use the building for Church meetings until we have completed digging and constructing a pit latrine.

Our weekend Christian movie shows temporarily stopped because we were not allowed to congregate. We tried wearing masks but we were unable to keep the 1.5 metre social distance. Hence the meetings were cancelled. I therefore made copies of various Christian movies and distributed them to villagers and friends who have televisions and dvds, for free. This way, I  managed to maintain the idea of Christian movie shows going on.

With the lifting of most covid 19 restrictions in mid November 2021, things have a bit returned to near normal. My plan this year is to have the pit latrine completed as soon as possible. Once that is done,  I plan we purchase the necessary pews and officially move to our new Church building.

I am hoping and praying for an easier year. I am hoping for a vibrant Congregation this year 2022. My target is an average attendance of 60 adults by end of 2022. I will work hard to teach them The Truth and ensure they grow strong in The Faith.

The Churches at Kagaene and Kanthenge have stabilized but the Church at Mulika is still having teething problems. The Churches at Kagaene and Kanthenge have since constructed their  Church buildings but Mulika Church of Christ is still renting a building for Sunday and Wednesday meetings. Through fundraisings and friends contributions, we hope to raise enough funds to purchase a piece of land and construct a Church building for Mulika Church of Christ by end of year 2021.

I will also need to purchase Bibles printed in our local language and also hymn books. Most members have not returned with these items. Lucky for me,  Mutare Church of Christ in Zimbabwe recently sent me plenty of pamphlets dealing with different Church topics. These pamphlets have helped me teach on various Church topics with ease. Those who can read English are able to read these pamphlets on their own.

I am therefore kindly requesting for your thoughts, support, and prayers in this mission. God willing,  I will achieve my targets by end of year 2022 going forward.

Finally, let me let you know that we also remember you in our prayers.  May our Lord continue blessing you all and whatever you do in His Kingdom. Amen.

Greetings in the name of our Lord Jesus. I hope you, your family, and the whole Church family are doing well in the Lord. Despite these difficult times. We are doing well and the Lord has been good to us.

Year 2020 has been the most difficult year of my Ministry. I am writing my end of year report on paper because the only cyber that was open has since closed. I hope to purchase my own laptop and comfortably prepare my PowerPoints and other works from my house. This will also help me save on the cost of transport to and from Meru town every now and then.  I have also purchased a solar panel, a solar battery, an adaptor and a converter to solve phone charging problems for my neighbors and I, and also provide light at my home.

I will update you on these things and the Congregation's progress here via a PowerPoint as soon as I buy a laptop, hopefully by next week.  Pass my greetings to your family and The 36th Street Church of Christ family. We always remember you all in our prayers as we know you remember us.   May the love of Christ be with you all...and Happy New year.